Valentine’s Day: Its Origins and Why We Celebrate It 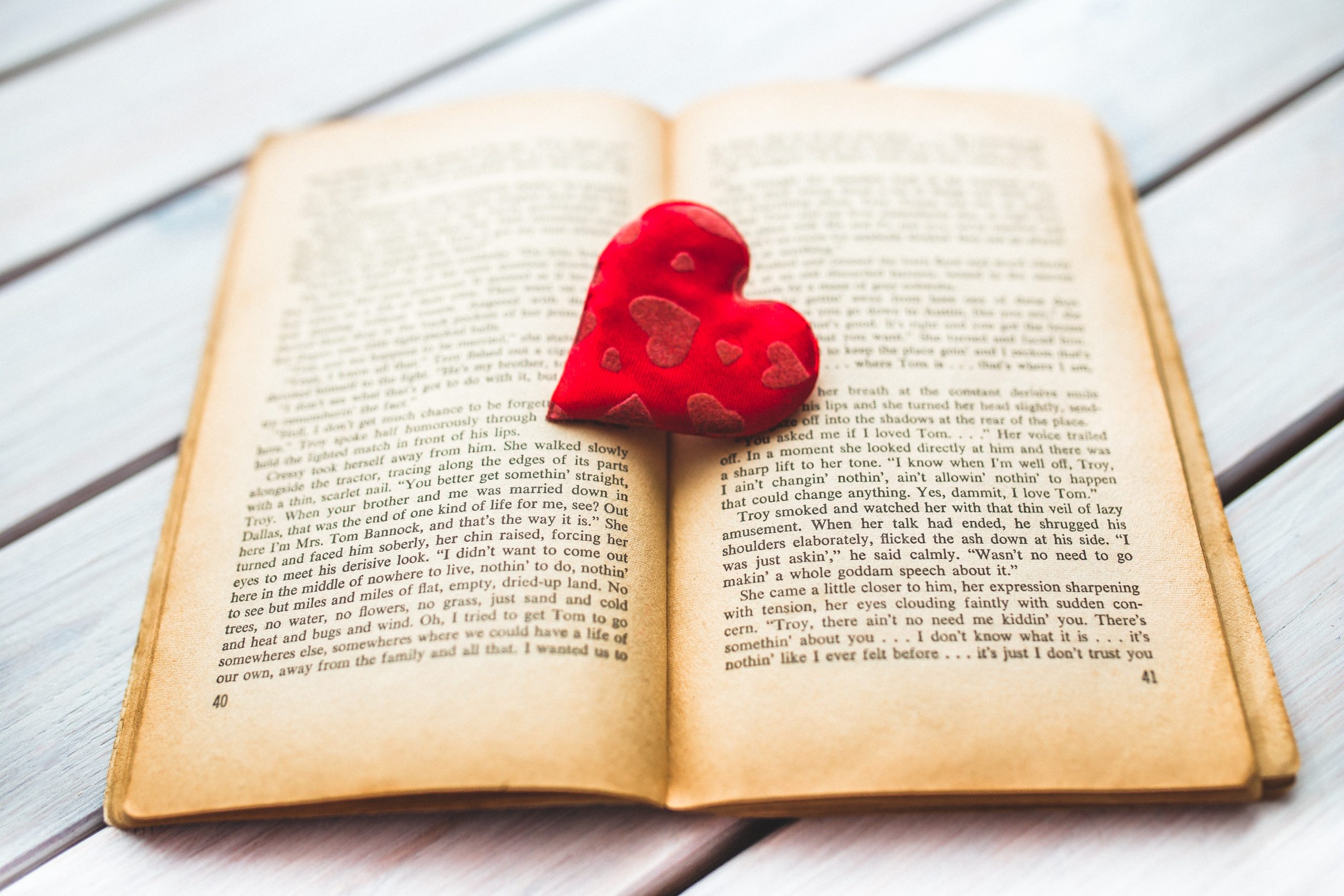 You’re undoubtedly thinking of flowers, chocolate, and heart-eye emojis when you think of Valentine’s Day, but before you start making Valentine’s Day cards and shopping for the greatest gifts for your Valentine, you might be wondering why we celebrate on February 14th in the first place. While it’s easy to dismiss Valentine’s Day as a modern holiday dedicated solely to gratifying our shopping and sweet desires, this day of heart-shaped celebration has an ancient and fascinating history.

So, how did February 14 become known as “Love Day” in the first place? What is the history of Valentine’s Day, and why have romantic themes remained popular to this day? and where did the term “Valentine” originate?

As it turns out, no one truly knows the original origins of this storied event, and none of the hypotheses seem to make sense. Even historians disagree about the specific traditions that the modern holiday is based on.

However, we’re going to share everything we know about the subject, including the enigmatic origins of Valentine’s Day and its fascinating history. Its backstory is actually incredibly dark and even brutal, despite the fact that it hasn’t been confirmed. Strange customs, sacrificial rites, and gruesome executions abound. You’ll love learning about everything we’ve assembled here It could even help you with your Valentine’s Day wishes!

What is the origin of the word Valentine?

Of course, the day is named for St. Valentine, as we all know. But why is that? Who is this enigmatic Valentine?

It’s probable, according to The New York Times, that the holiday is based on a mixture of two men. Emperor Claudius II did, after all, execute two Valentines on February 14 (albeit in different years), according to NPR. St. Valentine’s Day is thought to have been established by the Catholic Church to honor these men, whom they believed to be martyrs.

Furthermore, one of these men, Saint Valentine of Terni, may have been covertly conducting weddings for Roman troops against the emperor’s desires, making him a proponent of love in certain views.

Another narrative is around the tradition of writing love notes to one’s Valentine. While imprisoned for the offenses listed above, it is supposed that St. Valentine composed the first “valentine” message to a young girl he mentored and fell in love with. According to The History Channel, he wrote her a letter written “From your Valentine” before his death, which is still a prevalent expression today.

Others say that Pope Gelasius I established St. Valentine’s Day to replace the ancient Roman holiday Lupercalia, a fertility festival devoted to Faunas, the Roman god of agriculture, and the Roman founders Romulus and Remus.

The feast of debauchery, which took place around the same time, comprised a ceremony in which a group of Roman priests raced through the streets naked, “gently slapping” women with the blood-soaked hides of sacrificial animals (yes, really), in the hopes of promoting fertility. Following the flagellation, men would pick women’s names at random from a jar to determine if they would stay together for the next year or married if they fell in love.

According to the Times, a late University of Kansas English professor, Jack B. Oruch, had a different theory: via study, he discovered that in his 14th-century works “The Parlement of Foules” and “The Complaint of Mars,” poet Geoffrey Chaucer linked love with St. Valentine for the first time. As a result, Oruch asserted that Chaucer created Valentine’s Day in the modern sense. (At the time of Chaucer’s writing, February 14 was also regarded as the first day of spring in Britain, as it was the start of birds breeding season—ideal for a Valentine’s Day celebration.)

What is the significance of Valentine’s Day?

Whether or not Chaucer deserves entire credit, it is undeniable that he and fellow writer Shakespeare popularized the day’s romantic connections. People soon began writing and sharing love letters to commemorate Valentine’s Day, and by the early 1910s, an American company that would later become Hallmark had begun distributing its more formal “Valentine’s Day cards.” Flowers, chocolates, jewelry, and other items soon followed, and the rest is history.

On Valentine’s Day, what role does Cupid play?

It’s not only about Valentine’s Day! Cupid, the winged newborn boy who appears frequently on Valentine’s Day cards and merchandise, is another emblem of the celebration, and it’s simple to see why. Cupid was the son of Venus, the goddess of love and beauty, according to Roman mythology. He was infamous for throwing arrows at gods and humans, making them fall head over heels in love. While it’s unclear when Cupid was first introduced to Valentine’s Day myth, it’s evident why.

Greetings for Valentine’s Day in the Traditional Style

Friends and lovers of all social groups exchanged tiny mementos of affection or handwritten notes by the middle of the 18th century, and thanks to advances in printing technology, printed cards began to supplant written letters by 1900. In a time when direct expressing of one’s feelings was discouraged, ready-made cards were a convenient way for people to express their views. A rise in the popularity of mailing Valentine’s Day messages was also aided by lower postage charges.

In the early 1700s, Americans began sharing hand-made valentines. Esther A. Howland started selling the first mass-produced valentines in America in the 1840s. Howland dubbed the “Mother of the Valentine,” created complex designs using actual lace, ribbons, and bright “scrap” images. The Greeting Card Association estimates that 145 million Valentine’s Day cards are sent each year, making it the second most popular card-sending event of the year (more cards are sent at Christmas).

Valentine’s Day is observed in a number of nations, including Mexico, France, England, Australia, and, of course, the United States. Around the 17th century, the day began to gain popularity, and it was typical for friends to exchange small presents and words of appreciation. Esther Howland, commonly known as The Mother of the Valentine, is thought to have sold the first Valentine’s Day card in 1840, and it is estimated that over 1 billion Valentine’s Day cards are distributed each year.

So, whether you’re spending Valentine’s Day with your significant other, your best friend, or your sofa and Netflix, remember that this holiday is historically rooted in something worth celebrating: love.

Gifts for him and her on Valentine’s Day

10 Tips for a better relationship 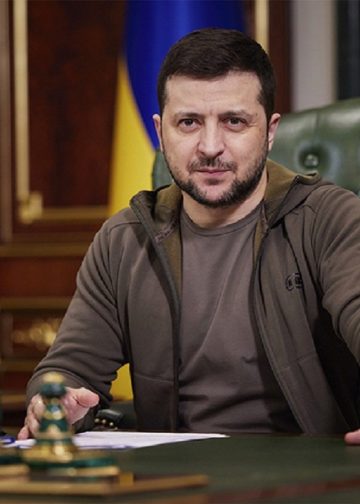 As Kyiv commemorated a Soviet-era famine that claimed millions of Ukrainian lives during the winter of 1932-33, Ukraine accused the... 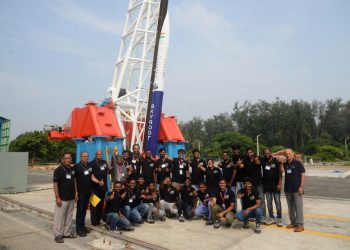 In an interview with Reuters, Skyroot Aerospace founders said they expect to be able to launch a satellite into orbit... 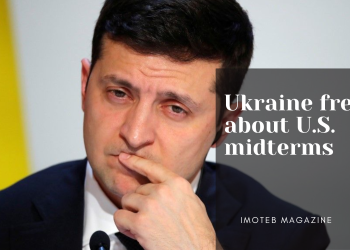 10 Tips for a better relationship