What exactly is Asianfishing and why is it such a problem? 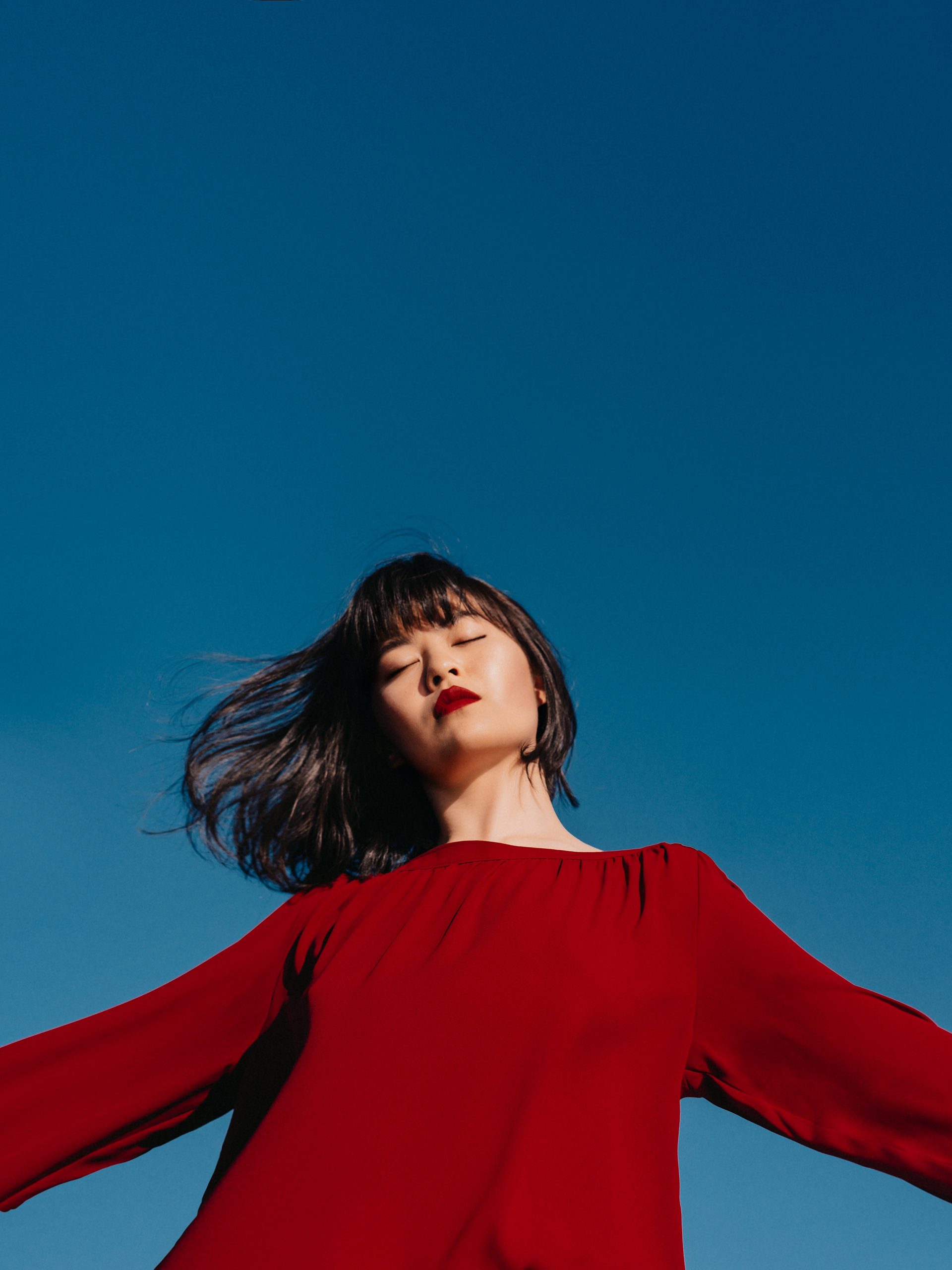 Contents hide
Why is it detrimental for individuals to appropriate East-Asian culture online?
Asian fishing
When a Non-Asian person engages in Asian fishing, they must accomplish the following:
WHAT MAKES ASIAN FISHING SO DIFFICULT IN THE FIRST PLACE?
SEXUALIZATION AND FETISHIZATION
Finally,
EARNING MONEY WITHOUT SUFFERING THE CONSEQUENCES

Why is it detrimental for individuals to appropriate East-Asian culture online?

For a long time, Western society has had a tendency to absorb foreign cultures for its own benefit. Cultural appropriation is nothing new, from the Kardashians copying Black hairstyles to bands reducing Japanese culture to a basic aesthetic. With the ever-increasing appeal of K-Pop musicians and the timeless success of anime, East-Asian culture has recently been propelled into the forefront. Of course, there’s nothing wrong with listening to Asian music or watching Asian movies, but their growing popularity has led to an increase in ‘Asian-fishing.’

So, what is ‘Asian-fishing,’ exactly? It’s quite similar to ‘catfishing,’ which is when someone pretends to be someone else online. Asian-fishing, on the other hand, is distinct in that it involves someone who is not Asian attempting to ‘pass’ as an East Asian. They achieve this through photo manipulation, make-up, or simply posing and gently lifting the corners of their eyes upwards.

It frequently involves the sexualization and fetishization of East Asians. When people ‘Asian-fish,’ they frequently adopt stereotypical and damaging beliefs of Asian people’s actions and behaviors. Asian-fishers will act out the cute and subservient stereotypes that have damaged real Asian women while also encouraging the fetishization of these characteristics.

Asian women have always suffered misogyny and racism, which has often manifested itself in the form of violence and over-sexualization. Asian-fishers adopt the conventional characteristics that are fetishized in actual East-Asian people, yet they are not subjected to the same persecution. They often garner fans on social media and even generate money through Patreon and OnlyFans by behaving ‘kawaii’ or sexualizing stereotypical Asian qualities.

Though there is nothing intrinsically wrong with applying winged eyeliner, the cat-eye trend has recently morphed into the ‘fox-eye’ fad. When posing for shots, this entails putting make-up or tape to produce a slanted-eye look or pulling the corners of your eyes up. Asian people have expressed dissatisfaction with these trends, claiming that utilizing their characteristics as a beauty trend is objectifying and racist.

White people who embrace these characteristics, who contribute to the sexualization of Asian features and stereotypes (particularly those around Asian women), are spared the very real consequences for Asian women. Asian women are sexualized and harassed, and unlike Asian fishermen, they cannot just remove their make-up and Photoshop.

Oli London, a 31-year-old influencer who is known for controversially identifying as ‘transracial’ – they have stated that they are transitioning from white to Asian – and has undergone plastic surgeries with the goal of looking more like Jimin from BTS, is one of the most well-known examples of a non-Asian profiting from Asian-fishing. The majority of people criticize Oli London’s activities, but that doesn’t change the fact that London has 459k Instagram followers and millions of views on its music videos. Despite being a divisive figure, they benefit from all of the attention they receive (both positive and negative), as they earn money from ad revenue on their YouTube videos.

When a Non-Asian person engages in Asian fishing, they must accomplish the following:

Apply cosmetics to their faces to give them more East-Asian features.

Make their photo appear East-Asian by altering their facial traits.

To put it another way, Asian Fishing is when a Non-Asian person tries to look East-Asian for the sake of aesthetics.

“This is not an issue of whether winged eyeliner is now off-limits or of gate-keeping Asian fashion styles, but of non-east Asians consciously modifying the way they look for their own aesthetic objectives,” it said in “Asian-fishing: the growth of orientalism.”

WHAT MAKES ASIAN FISHING SO DIFFICULT IN THE FIRST PLACE?

For Asian women, patriarchal culture has developed a distorted beauty ideal. Asian women, according to this thinking, are subservient, youthful, skinny, pale, and appear to be easy to manage. The masculine gaze has entirely shaped this beauty ideal.

For a long time, Asian females have been subjected to it, and they are working hard to break the mold. After all, the beauty criteria are flawed in and of themselves.

When non-Asian people try to imitate the “aesthetic,” they unconsciously conform to this beauty standard without realizing the trauma involved.

It’s never just about the eyeliner, make-up, or costumes when it comes to Asian fishing. It’s about altering your natural facial characteristics by adhering to the aesthetic standards established by patriarchy. As a result, the system of which it is a part focuses on earning while promoting Asian fetishization without regard for the repercussions.

The truth is that Asian women have always been oversexualized by culture. An Asian woman shared her own experience as follows in Ricey Talk:

“With over a hundred likes in less than two hours, I was an instant hit ten minutes into Hinge.” In my private messages, men complimented me on everything from my black straight hair to my dark brown slanted eyes. It was a once-in-a-lifetime opportunity. Growing up, I was surrounded by people who had a deeply ingrained colonial mentality, in which having Caucasian characteristics was always desirable. So I was ecstatic when I discovered that I was being honored for who I was born into.

However, I quickly came to a terrifying revelation. These sweet remarks gradually revealed themselves to be a mask for their repulsive fetishizations of Asian women. Then there’s the fear I never imagined I’d have.”

Living a healthy lifestyle, what does it mean? the benefits, and how to start

EARNING MONEY WITHOUT SUFFERING THE CONSEQUENCES

According to CBS News, “it is impossible to ignore the history of misogyny and sexualized violence that has long been a part of Asian American women’s experience.” According to Stop AAPI Hate, “women reported a disproportionate number of incidences (64.8 percent).” “In many of the incidents, women recalled being sexually harassed while also experiencing racism, suggesting how COVID-19 is being weaponized as part of sexual harassment.”

During the recent Atlanta Spa Shooting, the shooters brutally murdered eight Asian ladies. According to the New York Times, the suspect told authorities he had a “sexual addiction” and had carried out the shootings at the massage parlors to get rid of his “temptation.”

As a result of fetishization and sexualization, Asian women’s lives are imperiled. The use of Asian fishing to fetishize Asian women has to stop!

What’s the Best Way to Pass a Fishing Boat? – A step-by-step guide 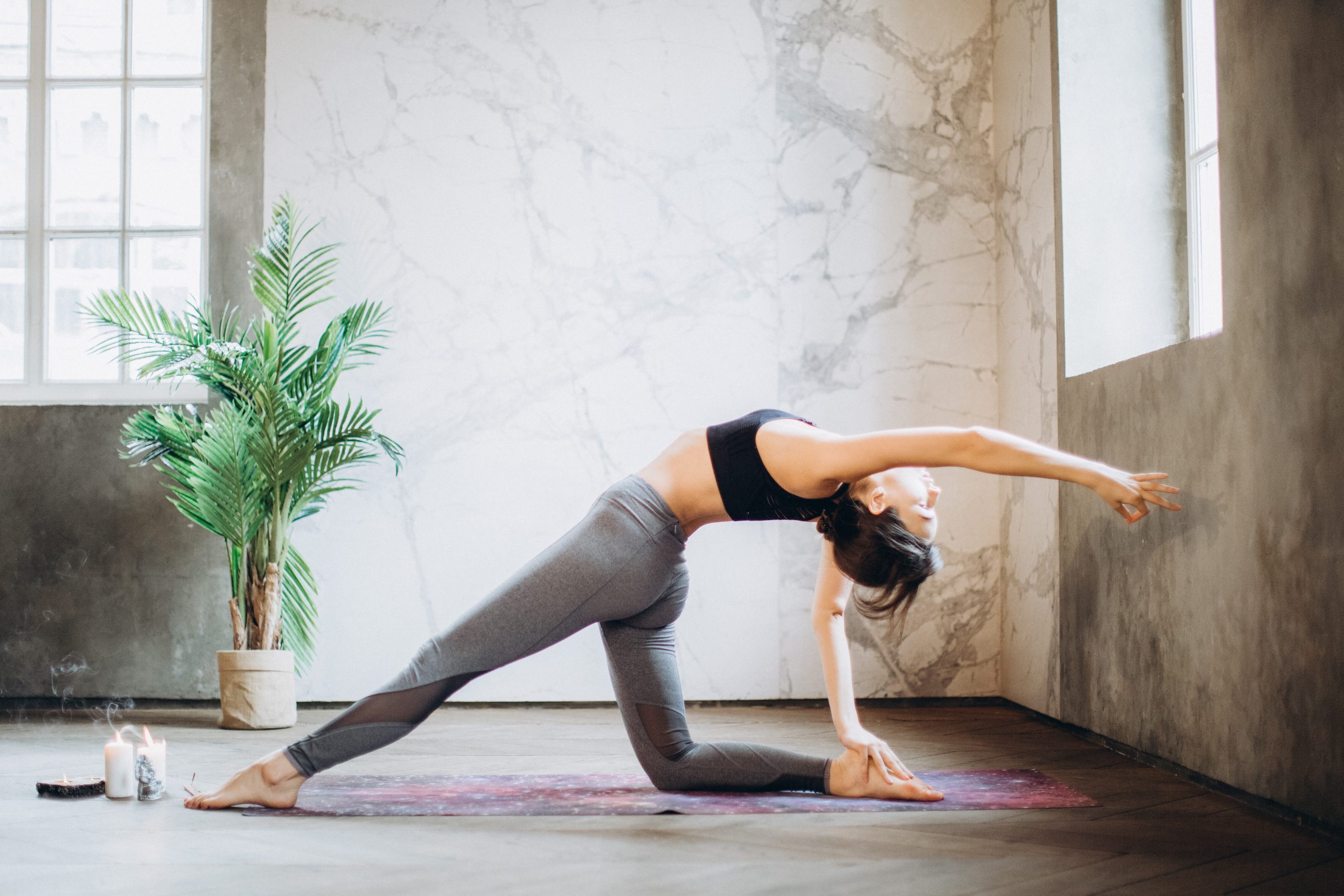 Living a healthy lifestyle, what does it mean? the benefits, and how to start

Everyone should maintain a healthy lifestyle. When we take care of our physical health, we feel better as well, fitter,... 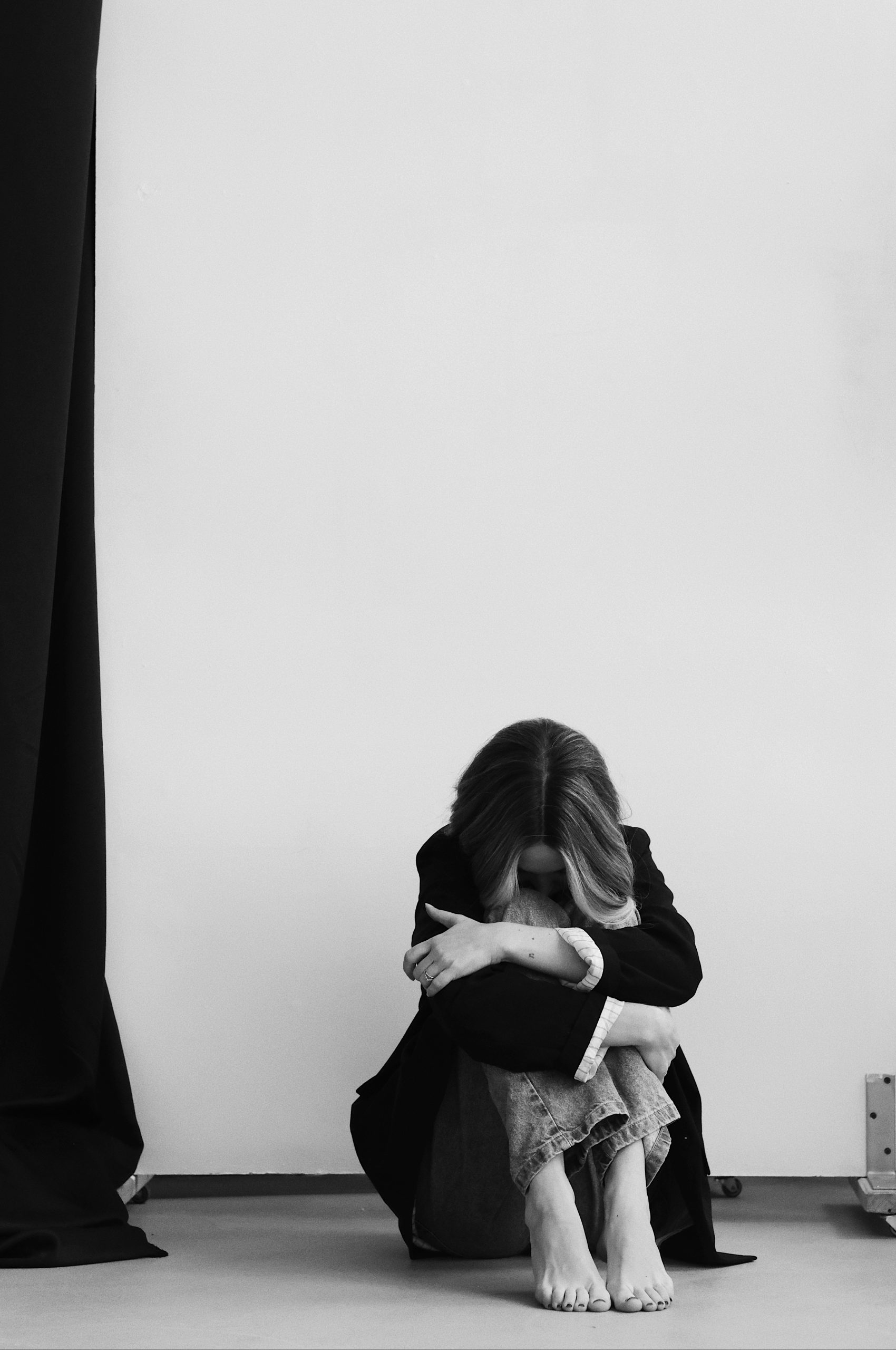 Mood And Anxiety Disorders Mood disorders and anxiety disorders are two of the most common mental health issues among adults.... 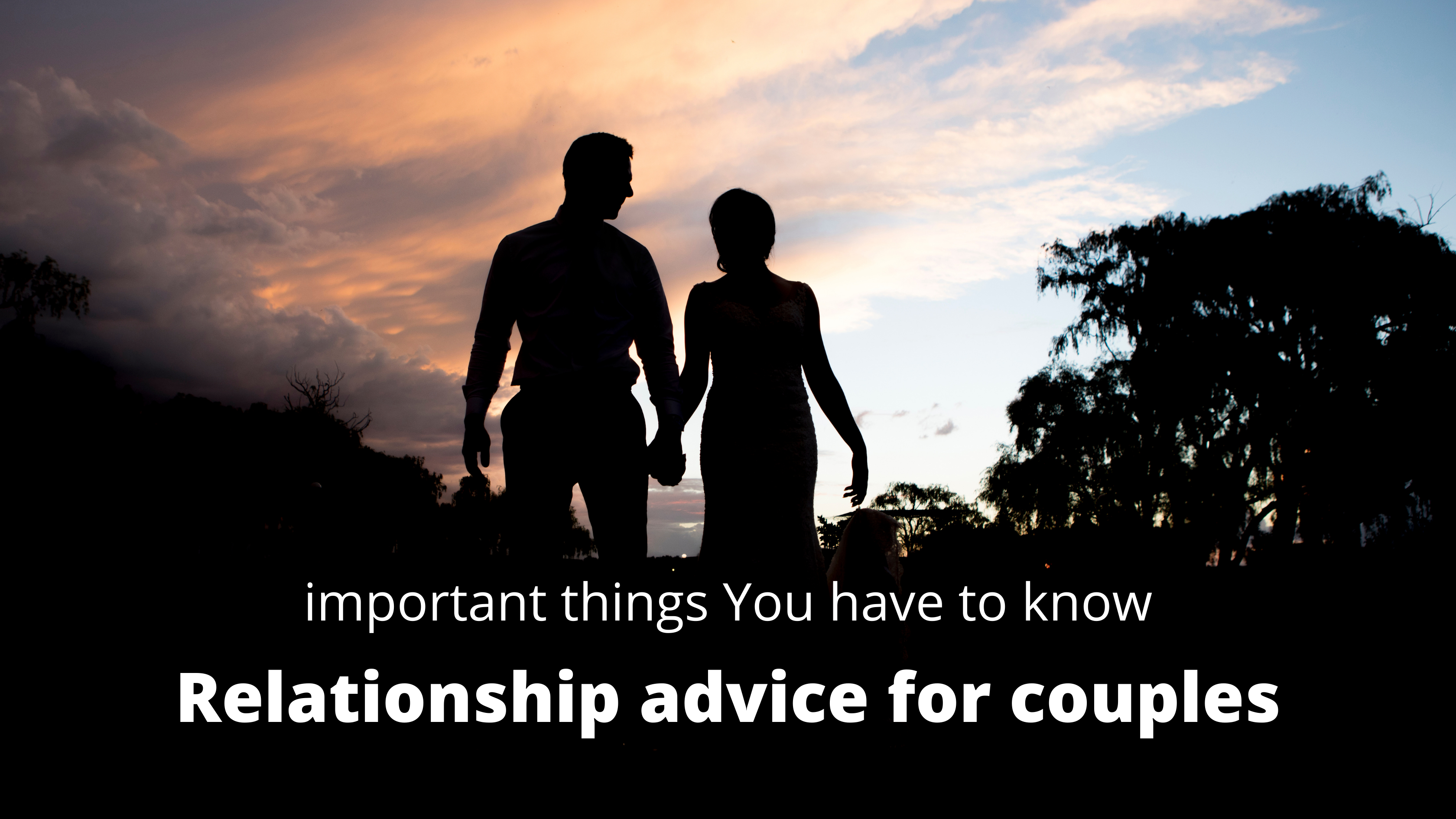 Relationship advice for couples has been demonstrated to boost happiness, health, and stress reduction. Couples who have correct relationships are...