Medium Hair Cat Vs Long Hair, What Are the Differences? 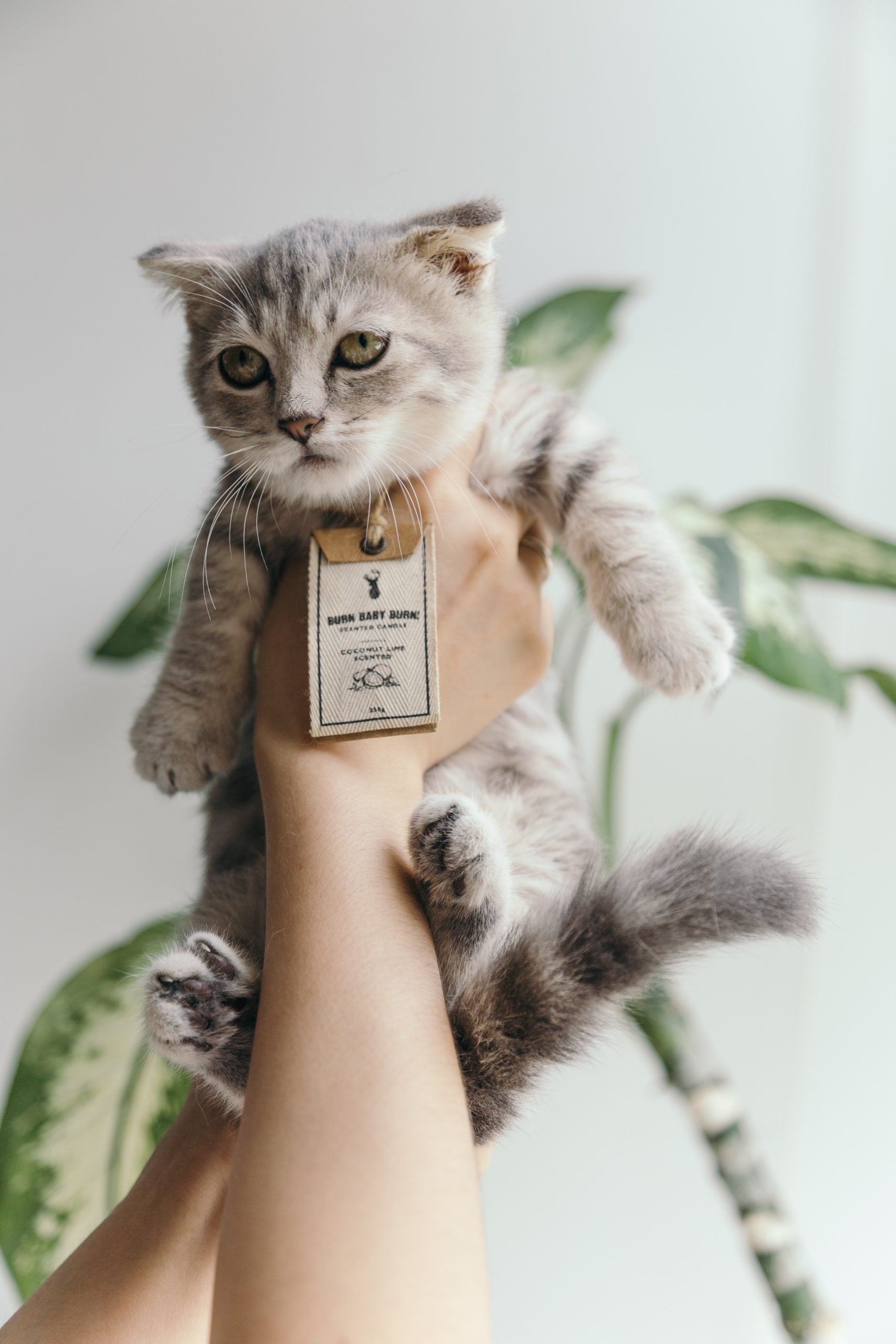 The Domestic Shorthair and Domestic Longhair cats are well-known, while the Domestic Medium Hair cat is less well-known. As a result, it may surprise you to learn that they may be found almost anywhere.

Domestic cats were first introduced to the United States in the early 1600s. The Pilgrims brought our modern-day feline friends along for the journey in the hopes of preventing a rodent problem on their boats.

After several generations of crossbreeding, the Domestic Medium Hair was born. This breed of cat can now be found in homes, shelters, and cat colonies all over the world.

To begin with, the Domestic Medium Hair Cat is a sort of cat that incorporates a variety of breeds rather than a single breed. Domestic Shorthair and Domestic Longhair cats, on the other hand, are linked to them. The best method to detect the difference between these three sorts of cats is to look at their hair length (as one might expect).

Domestic Shorthair cats will have a shorter coat overall, with no surplus hair on their tails, manes, or around their legs. While Medium Hair cats will still have shorter hair along their backs, but their hair will be fluffier and slightly longer elsewhere, particularly around their neck and tail. Domestic Longhair cats have a longer, more flowing coat that is more consistent in length throughout the body.

Medium Hair cats have a wide physical appearance due to their mixed lineage; they come in a variety of colors, patterns, forms, and sizes. This means that a grey cat that is short and stocky and a black and white cat that is lean can both be classified as Domestic Medium Hairs.

Domestic Medium Hairs’ temperaments and personalities differ from cat to cat as a result of their mixed lineage. It’s entirely feasible for one Domestic Medium to be silent and aloof while the other is friendly and chatty. Despite the fact that the behavior and appearance of the Domestic Medium Hair cat vary from feline to feline, these cats make fantastic pets and friendly companions.

One of the biggest advantages of having a mixed ancestry for Domestic Medium Hairs is that they do not inherit specific breed health concerns. While they are generally healthy cats, they are prone to various health disorders, just like any other cat.

The top five domestic medium hair health issues, according to studies, are:

Even if your cat has a clean bill of health, it’s still a good idea to schedule regular veterinarian visits so that your cat’s health may be monitored and future health issues can be identified early. With adequate care, the Domestic Medium Hair cat can live for 15 to 18 years on average.

This species of cat has a thick, medium-length double coat, which is one of the few common characteristics. As a result, brushing your Domestic Medium Hair at least once a week is essential. Most cat owners aren’t accustomed to brushing their cats on a weekly basis, but brushing double-coated cats on a weekly basis may have a greater impact on their health than some people realize.

Brushing your cat’s fur on a regular basis will help prevent mats or knots, limit the number of hairballs your cat may get, and keep your cat’s skin healthy and their coat clean and silky. Furthermore, the more hair you brush away, the less hair you will find on your clothes and furniture.

One of the most distinguishing characteristics of the Domestic Longhair cat is that it has long hair. In other words, there are no breeds of Domestic Longhairs. They are the result of haphazard cat matings a typical Felis silvestris catus with flowing locks appeared on the scene without the help of Homo sapiens.

But that doesn’t negate the fact that these longhaired, mixed-breed cats are one-of-a-kind. They have a lot going for them that will help them stand out from the pack. That characteristic has helped them become the second most popular housecat in the United States, behind their genetic-diversity partners, the Domestic Shorthair.

The origin of the Domestic Longhair is a matter of conjecture. Nonetheless, the recessive trait for long hair is likely to have been naturally chosen among cat populations living in colder areas. Longhaired cats’ lush coats provided good weather protection in the northern parts of Russia, Iran, and Turkey.

This has been done before. The Pallas cat, a meme-able and secretive online sensation, lives in the wild in Central Asia and has long, fluffy hair (and an adorable grumpy face). Pallas cats were formerly supposed to have bred with domestic cats to produce longhairs, but this theory was eventually debunked.

While humans gradually bred longhaired cats to acquire characteristics similar to those seen in modern Persians and Russian Blues, the tenacious Domestic Longhair survived. They were originally documented in Italy about the middle of the 16th century. Soldiers returning from the Crusades with longhaired cats are said to have contributed to their presence throughout Europe at the time. They turned out to be correct in their decision.

Domestic Longhairs were essential while the plague raged across Europe in the mid-1600s. They helped manage the rat population that transported disease-spreading fleas thanks to their fine moussing skills. The cats worked their way back into a healthy relationship with people after being forbidden by the church.

Domestic Longhairs would later arrive on American beaches as ship’s cats. Some of these cats may have diverged and evolved into the popular Maine Coon breed. Others continued to experiment in their enormous gene pool, resulting in the beautiful longhaired variety we see today.

Domestic Longhair cats have a rainbow’s worth of hues, as well as the physical traits and attributes of a full cat menagerie, thanks to their mixed lineage. Aside from their relatively general moniker, the one thing that all Domestic Longhairs have in common is their long, lustrous hair. Flaxen, waxen, dazzling, glittering.

The lengthy coat of a Domestic Longhair ranges from two to six inches in length. They may also wear ruffles around their necks. Ear tufts and tufts on the bottoms of their paws may also be seen. The latter is most likely a relic from cold-climate ancestors who may have used the character as a snowshoe or perhaps desert cats who used similar tufts to stay firm on the sand.

For the hue of these kittens, variety is the name of the game. They come in a wide range of patterns and colors, which, when combined with a wide range of eye colors, result in a longhair cat for everyone.

The breed qualities in the Domestic Longhair’s wide genetic pool that float to the surface will have a big influence on body types. Their bodies might be muscular or sleek, and their faces can be extended or abbreviated.

The drive to hunt is a personality trait that all Domestic Longhair cats share. After all, it is frequently due to the domestic cat’s moussing abilities that humans have cohabitated with these fluffballs for so long. As a result, you should expect your ordinary Domestic Longhair to spend some time stalking interactive toys, especially if they’re young.

Domestic Longhair cats have a lot of hair, which is their major problem. Some longhair cats aren’t very proficient at grooming their fur. Unlike other longhair breeds, such as the Maine Coon, which have relatively trouble-free fuzzy coats, many of these thick-coated felines require more than just their grooming ability to maintain them mat-free.

To keep your longhaired kitten mat-free and hairball-free, expect to devote some weekly grooming time. Although it is not always essential, everyday brushing of your cat’s long fur may be beneficial. If your cat develops mats, a professional groomer who specializes in felines can be the best option. When trying to solve a hairy problem, you don’t want to hurt your cat or yourself.

Of course, keeping any cat healthy necessitates a trip to the veterinarian soon after adoption. Your veterinarian will be able to give you a thorough examination and advise you on your cat’s dietary and health needs. Cats should be kept inside. This is the greatest way to keep them safe from stray cats’ injuries, illnesses, and infectious infections. Because Longhaired Domestic cats are noted hunters, keeping them indoors will protect your home’s furry and feathered visitors.

The following are the most common health concerns for the Domestic Longhair:

It’s advised that you take your cat to the veterinarian once a year, or more frequently if an issue arises, to help them stay healthy. Even if your cat looks to be in good health, it is critical that you keep these annual appointments. Cats can hide their health problems well, and it may take a professional inspection to even discover whether a new problem has arisen.

Finally, Getting a Domestic Longhair Cat as a Pet

Domestic Longhairs are estimated to account for one out of every ten domestic cats in the United States. That’s a lot of fluffy cats. And, with such a large population, you’re bound to find plenty of wonderful Domestic Longhair cats in your local shelter.

The beauty of the variety is that you can locate your perfect kitty soulmate. And once you’ve located your cat, don’t wait to get him or her spayed or neutered. The operation has the potential to extend your friend’s life and prevent them from any health problems. Not to mention that it protects your home from uninvited furry litter.

How To Take Care Of Your Skin? Step By Step Guide

10 Simple Ways To Be A Good Mother 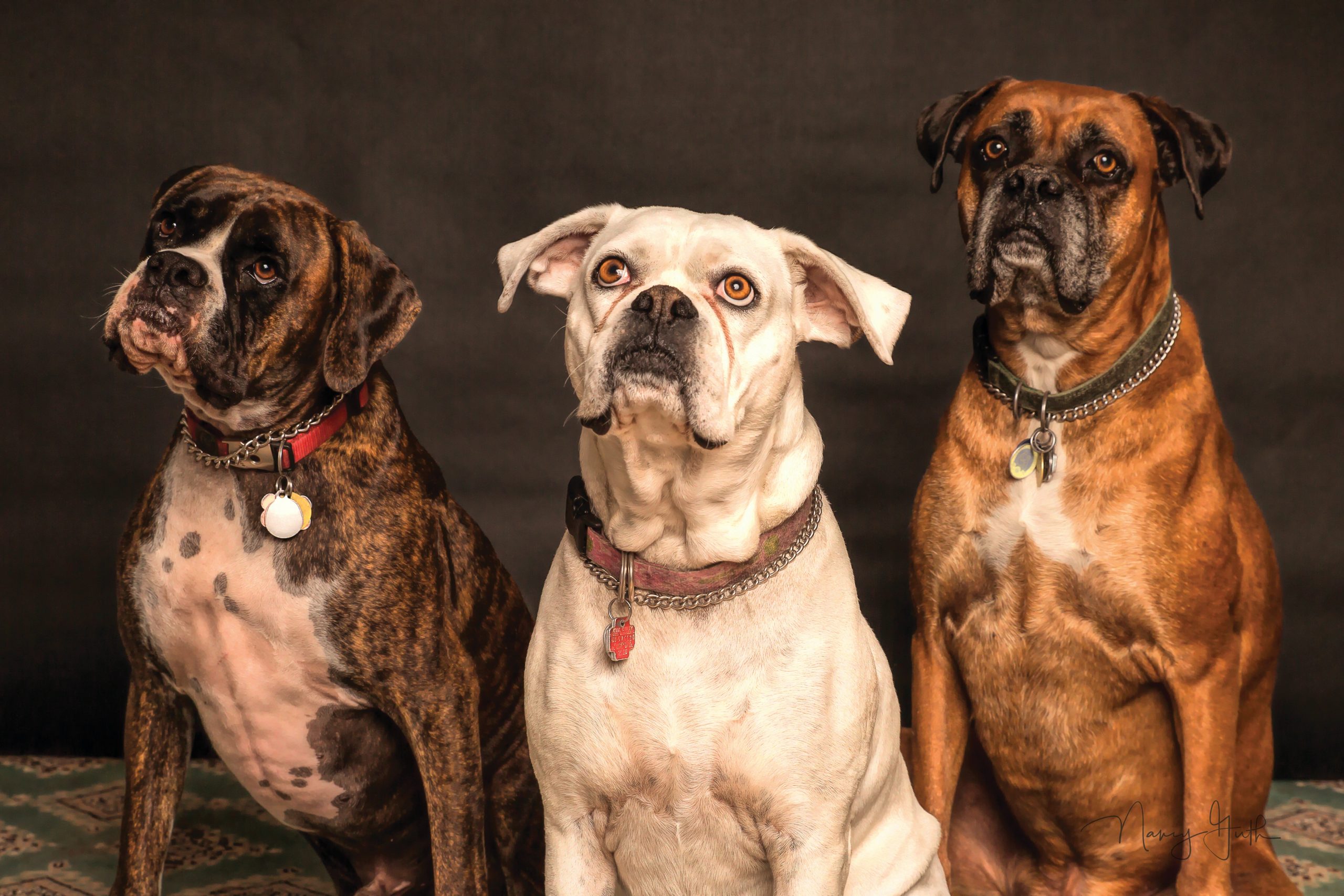 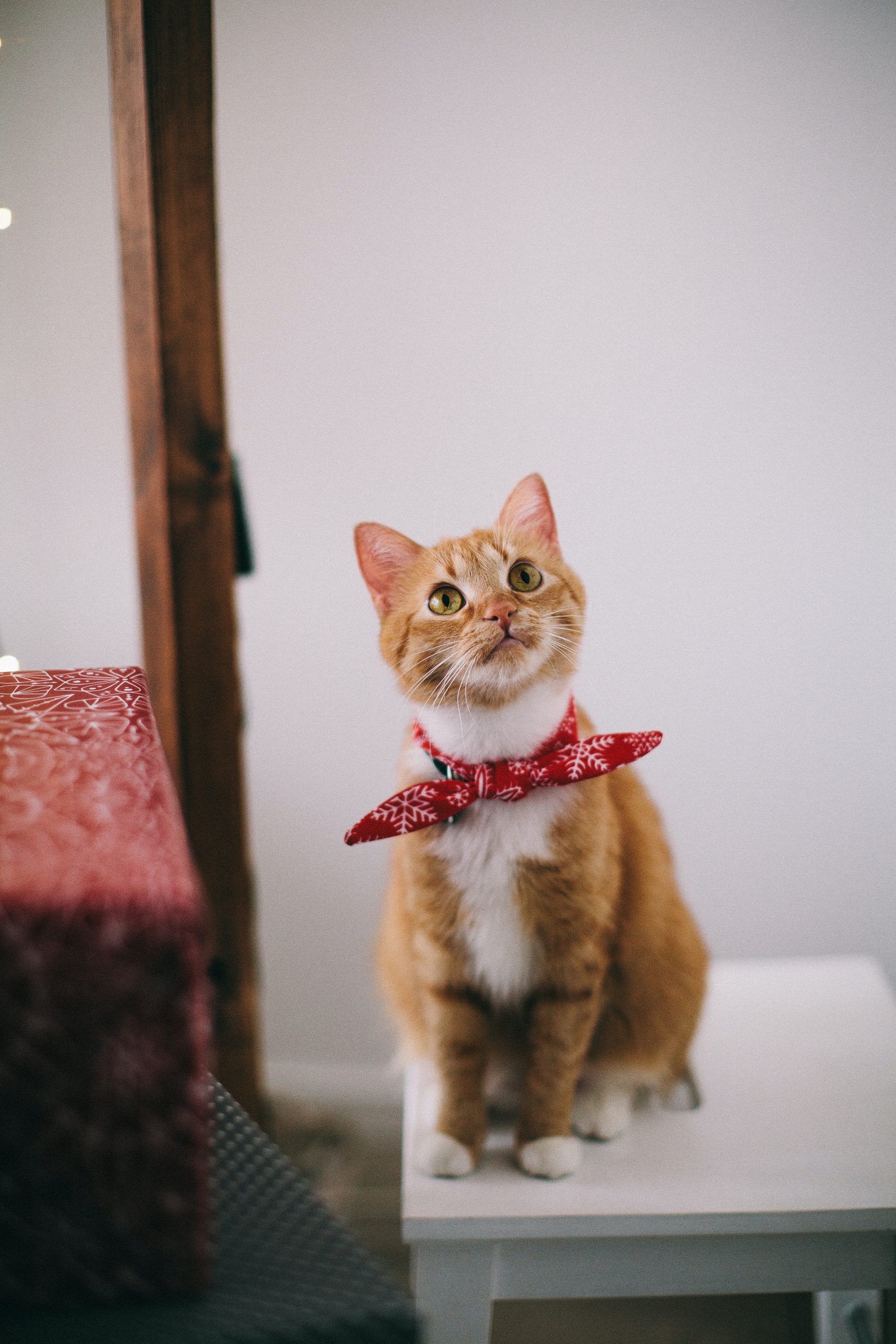 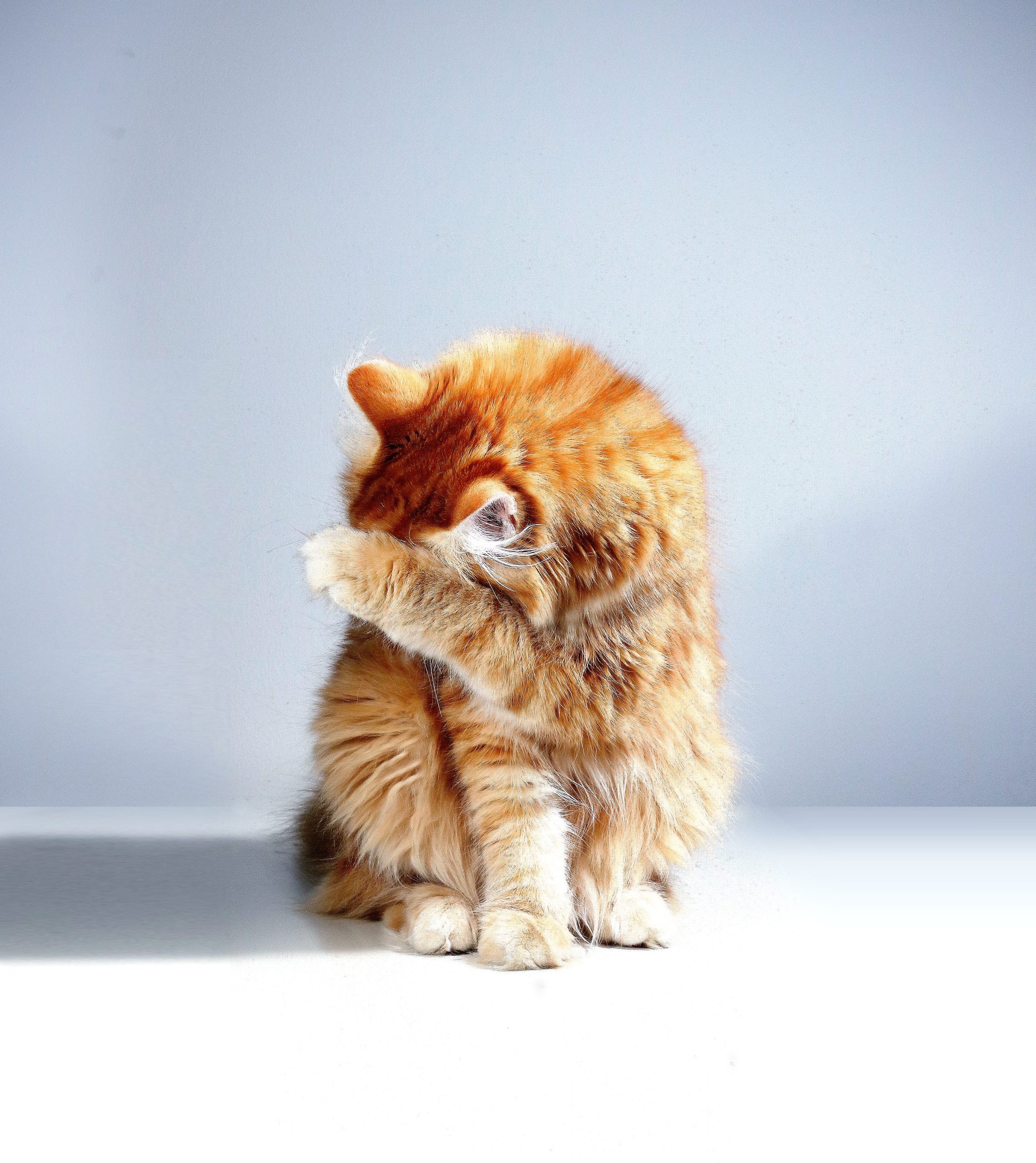 10 Simple Ways To Be A Good Mother